Matthew reports (14:22-33) that Christ’s disciples were alone in a boat, struggling against storm-driven winds and waves — near exhaustion, I imagine — when, between 3:00 a.m. and 6:00 a.m., they saw Jesus walking toward them on the water. They thought He was a ghost! Though Jesus identified Himself, the disciples weren’t convinced. Peter said, “If it’s really You, command me to walk over to You.” Jesus commanded Peter, “Come.” Peter stepped out of the boat and walked on the water toward Jesus.

What an incredible demonstration of faith in action! The storm was still raging. The wind and the waves were still life threatening. But Peter focused on Jesus, stepped out of the boat (without a life vest, I presume), and actually walked on the water!

Unfortunately, that’s not all that occurred. Peter then took his eyes off of Jesus, moved his focus to the storm, and began to sink. I’m tempted to glibly say that Peter “sank like a stone,” but more likely, he began to sink like the fully clothed, robe-encumbered, flailing man he was. I don’t know whether or not Peter knew how to swim, but Matthew makes it clear that he thought he was about to drown. “Lord, save me!” Peter cried out.

It’s interesting how quickly Peter’s focus returned to Jesus when he thought he was about to die. It’s also interesting that, after saving him, Jesus did not rebuke Peter for disobedience, but rather for a lack of faith. My impression is that Jesus rebuked the disciple out of sadness, not anger. Peter shifted his focus from Savior to storm, became afraid, began to doubt, and needlessly began to sink. That is sad.

You and I are facing different sorts of storms this year. Some are weather related, of course. But countless other “storms” assault us: health, the economy, politics, and relationships. Surrounded by all of this, buffeted by a sense that things are not what they should be, what will be our response? What will be our focus?

Now more than ever, it must be Jesus. Do not be distracted. Do not fear and doubt and sink. Focus on Jesus and follow His plan! 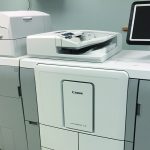 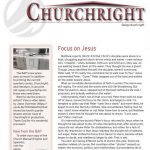