Homer Rodolfo Posada (83) fell asleep in Jesus on May 29. He was born on September 3, 1937, to Amalia Orta and Tiburcio Posadas. Brother Posada was a professional welder, working for Pemex for 20 years. He then came to the US, where he incorporated his fence business and worked on it until he was 80 years old.

In his youth, Brother Posada liked to play baseball. He came to know the Lord at age 17, with the help of Sister Corona in Monterrey. From that day on, the gospel became his heartfelt profession of faith. Brother Posada was a member of the choir in the Church of God (Seventh Day) in Monterrey. He was also a member of and pastor in many of the churches located in cities where he lived in Mexico (Reynosa, Coatzacoalcos, and Montemorelos), always working with passion and love. Later in the US, he pastored churches in Houston, Texas (Floral, Denver Harbor), and the mission in Galveston and Freeport. He helped, evangelized, and worked wherever he went and wherever he was called.

Brother Posada was the pillar of his family, considering them his pride and always providing for them materially and spiritually. He has left an example of perseverance and faith. Although he will be missed, we have hope that we will see Brother Posada again.

Brother Posada was preceded in death by his mother, father, daughter Ruth Imelda Leal; daughter-in-law Raquel; and his brothers Ernesto, Ambrosio, Arturo, and Ismael. He is survived by his wife, Virginia, and their children Rodolfo, Rubén, Rogelio, Rahuel, Rolando, and their families; 18 grandchildren; two great-grandchildren; and his sisters María de la Luz, Lilia, and Armandina. 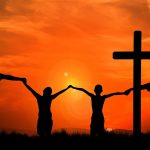