Paul Heavilin was born March 15, 1927, in Marion, Indiana, child number eight of fifteen born to McClellan and Vera (Foster) Heavilin. He slipped peacefully from this life on March 29, 2020, in Waldron, Indiana. His wife, Virginia, and daughter Marilyn were by his side.
After earning his first bachelor’s degree, Paul pastored two years in Wisconsin for the Wesleyan Methodists. At that point in 1952, with three young girls in tow (the youngest less than a week old), he went to Missouri to teach at Midwest Bible College (MBC) for the Church of God (Seventh Day), and Virginia cooked for the students. This set a pattern for the rest of Paul’s life of his wife being a co-partner in his ministry wherever he went.
Over the next 48 years, Paul served the Church of God in multiple places and in multiple roles: pastoring in Wisconsin, California, and Michigan; working as youth camp director, president of the Michigan state board, president of the North American Ministerial Council, and secretary of the International Ministerial Congress; carrying out duties in numerous positions on district, state, and local boards; and ministering for fourteen years at Spring Vale Academy (SVA), where he was “Uncle Paul” to many of the students. Between his MBC and SVA teaching years, Paul taught two generations of some of the same families!
Paul was preceded in death by his parents and eleven of his siblings. He is survived by his wife of 71 years, Virginia (Spencer); brothers John and Charles (Barbara); sister Lois (Ben) Drown; seven children, 19 grandchildren, 49 great-grandchildren, and five great-great grandchildren.

Read the entire memorial for Paul on our Memorials page at cog7.org. 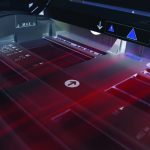 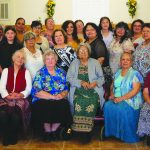