Pastor David Ross (39) of Owosso fell asleep in Jesus on Sunday, May 16, at Indiana University Health Center in Indianapolis, with his wife at his side. David was born August 28, 1981, in Midland, Michigan, to Leonard James Ross and Debra Joy Britcher. After high school, David earned a BA in Biblical Studies, a Master of Theology, and a PhD in Christian Education from International Seminary.

On July 31, 2015, David married Makayla Jill Schlenker in Owosso. In the next five years, they welcomed three daughters: Neva, Selah, and Eden. David was a family man, treasuring time spent with his wife and daughters and proudly wearing the title “girl dad.” He was passionate about the Word of God, spending hours each day reading and talking about it to anyone who would listen.

David pastored the Church of God (Seventh Day) in Owosso. He also instructed apologetics classes at Spring Vale Christian School and was in the process of earning a DMin in apologetics from Southern Evangelical Seminary. He had recently been hired as dean of academic affairs for Artios Christian College.

David was active in the community, serving on the advisory board for Angel’s Hands Outreach and as a member of the Owosso Area Ministerial Association. He also enjoyed Rottweilers, cruising on his motorcycle, collecting sports cards, and Detroit sports.

He was preceded in death by his father, Leonard; his grandmother, Noreen Britcher; and his paternal grandparents, Earl and Helen Ross. 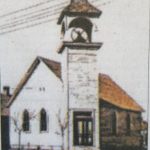