Elias G. Escoto (89) of Madera, California, fell asleep in Jesus at home on October 11. He was born August 1, 1932, in La Verne, California, to Ascencion Garcia and Benito Escoto and was the youngest of nine siblings. In the early years, the family worked the fields, picking cotton, grapes, apples, and the like.

When World War II erupted, Elias’ older brothers enlisted. In 1952, at age 20, Elias volunteered to serve in the United States Air Force during the Korean conflict. Two years of his service, he was stationed in Japan. Stateside he was stationed in Colorado, then March Air Force Base in California. He was discharged in 1955. Elias met Nellie on a blind date and married her February 2, 1958. In a span of nine years they had seven children: Elias Jr., Michael, Paul, Carmela, Louie, Virginia, and Gabriel.

Although Elias was called by Lord at age 14 and was baptized, he succumbed to the temptations of the world as an adult. While he attended a Bible study given by Trinidad Padilla, the Lord moved Elias to rededicate his life to following Jesus.

“I never looked back,” Elias said. From the Bible studies at his cousin Trini Garcia’s home to the Church of God (Seventh Day) in Ontario, led by Pastor Victor Youngs in a woman’s hall, to the church on Vine Street, he served many positions: deacon, elder, teacher, and youth leader. As youth leader, he wrote and directed plays for youth rallies. He always joined the gym night activities as if he were 19 years old. From 1986 to 1990, Elias joined Brother Jose Guerrero in planting a congregation in La Puente, California

Elias retired and moved to Madera, California, in 1990 and planted a church there as well. They first met at his home and later rented a church building in town. Elias served as pastor for the church in Madera until 2018. He continued to be involved as treasurer up until his last breath.

Elias often said, “ I knew that if I just waited long enough, I’d be great.” His legacy as a man of God will not be forgotten. He influenced many people by his example to follow the Lord. We will miss him, but we will see Brother Elias again when the Lord returns.

Elias was preceded in death by his wife and sons, Elias Jr. and Louie. He is survived by his sister, Virginia Walderama; his children Michael, Paul, Carmela, Virginia, and Gabriel; his thirteen grandchildren, and twenty-two great grandchildren. Elias also leaves behind many sisters and brothers in the Lord who loved and respected him. 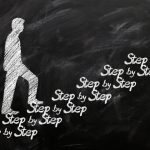